Procedure volume in the PET market hit the highest level ever in the U.S. in 2018, with adoption of PET/CT scanners mainly responsible for driving growth. The market could have grown even faster, were it not for a number of government policies over the last few years that have acted to slow down growth. 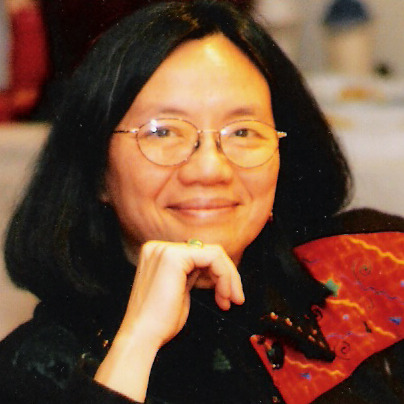 PET has been an exciting medical imaging technology since its inception, due to its ability to detect organ function on a cellular and molecular level. With the development of PET/CT — which fuses PET metabolic images with CT anatomic images, enhancing the ability to locate specific areas of abnormal cell activity — came a rapid adoption of PET/CT scanners in the U.S. since the early 2000s.

Removal of this requirement may have resulted in reducing the Medicare reimbursement stream for PET providers as the NOPR process had, in April 2009, expanded Medicare coverage to include PET for the initial evaluation of patients for nearly all types of cancer. Additionally, the NOPR process had expanded the number of cancers for which PET could be used in subsequent treatment strategy evaluations. The June 2013 decision also changed the coverage of subsequent treatment strategy indications to a maximum of three follow-up FDG-PET scans; formerly, under NOPR, no limit had existed.

Impact of appropriate use

Since its low point in 2013, growth of PET imaging may have been inhibited due to the adoption of appropriate use criteria by the American College of Radiology (ACR), the Society of Nuclear Medicine and Molecular Imaging (SNMMI), and related associations. Furthermore, the implementation of appropriate use criteria in ordering PET scans has been reinforced by the change in reporting policy from the CMS under the Protecting Access to Medicare Act of 2014 (PAMA). In this CMS policy, physicians are required to utilize a clinical decision support system for ordering advanced imaging studies — MRI, CT, PET, and nuclear medicine — to assure appropriate use of imaging resources and to minimize overutilization. Third-party insurers have also been active in limiting reimbursement approvals through their pre-authorization processes.

The primary use of PET has been for cancer patients, with oncology procedures consistently comprising over 90% of clinical PET scans since the modality’s inception. For oncology patients, FDG is used as the radiotracer to identify active cancer cells as it is a compound similar to sugar, which cancer cells metabolize at high rates.

For PET imaging sites, oncology scans have been a stable source of patients as PET has been used for both cancer diagnosis and ongoing patient management, particularly for patients with lung cancer, Hodgkin’s lymphoma, and breast cancer. Although the need for oncology PET scans has been well accepted, IMV estimates that total PET scans constitute a low 1% proportion of the procedures using the advanced imaging modalities, including CT, MR, and SPECT. PET imaging is not a “primary care” modality as patients are referred to PET after they are suspected to have cancer, with the top four sources of physician referrals being medical oncologists, radiation oncologists, pulmonologists, and surgeons.

IMV identifies that 2,370 sites are performing PET scans, with about 40% of these sites using mobile PET services that stop at their facilities for several days per month. An estimated 1,545 fixed PET imaging systems — including PET-only, PET/CT, and PET/MR scanners — are installed in more than 1,400 hospital and nonhospital sites.

IMV finds that the sites using mobile PET services are not moving quickly to adopt their own fixed units, likely due to reimbursement and the relatively “stable” market for oncology scans. The addition of new PET scanners in a regional area is more likely to steal volume from other providers rather than increase the total pie of scans being performed.

Researchers and early adopters are excited about the potential of using PET technology for cardiac imaging and neurology applications. IMV estimates that the volume of PET cardiology scans has almost doubled from 2014 to 2018 but observes that only 6% of the PET scans performed in 2018 are cardiology related. Of these, over 90% of exams are for myocardial perfusion scans using rubidium-82 or nitrogen-13 ammonia.

Furthermore, a relatively low proportion of the PET sites (10%) currently perform cardiology PET scans. Neurology scans constitute about 3% of the total PET scan volume in 2018 and primarily include patients suspected of having Alzheimer’s disease or dementia.

For the future, clinical research in both PET imaging technology and radiotracers is continuing to identify growth opportunities for new clinical applications and to improve productivity. In addition to cardiology and neurology applications, potential areas of growth for PET imaging include prostate cancer, neuroendocrine tumors, bone studies using sodium fluoride (NaF-18), and simulation for radiation therapy treatment planning.

The data source for this report is IMV’s PET Census Database of hospital and nonhospital facilities performing PET imaging in the U.S., which is based on telephone interviews conducted by IMV from January to December 2018 with more than 800 respondents in hospital and nonhospital sites. Their responses have been projected to the IMV-identified universe of more than 2,370 sites in the U.S. that perform PET imaging using fixed PET imaging units or mobile PET services. While the “2019 PET Imaging Market Summary Report” provides an overview of key trends, IMV clients may also license IMV’s PET Census Database so that they can conduct their own specific areas of inquiry. The IMV PET Census Database is a valuable dataset that can be queried directly to answer specific questions and to target specific sites.

An estimated 126.8 million X-ray procedures were performed on fixed... END_OF_DOCUMENT_TOKEN_TO_BE_REPLACED

An estimated 27.4 million MR procedures were performed in 2020... END_OF_DOCUMENT_TOKEN_TO_BE_REPLACED

Because these cookies are strictly necessary to deliver the website, refusing them will have impact how our site functions. You always can block or delete cookies by changing your browser settings and force blocking all cookies on this website. But this will always prompt you to accept/refuse cookies when revisiting our site.

If you do not want that we track your visit to our site you can disable tracking in your browser here:

The following cookies are also needed - You can choose if you want to allow them: